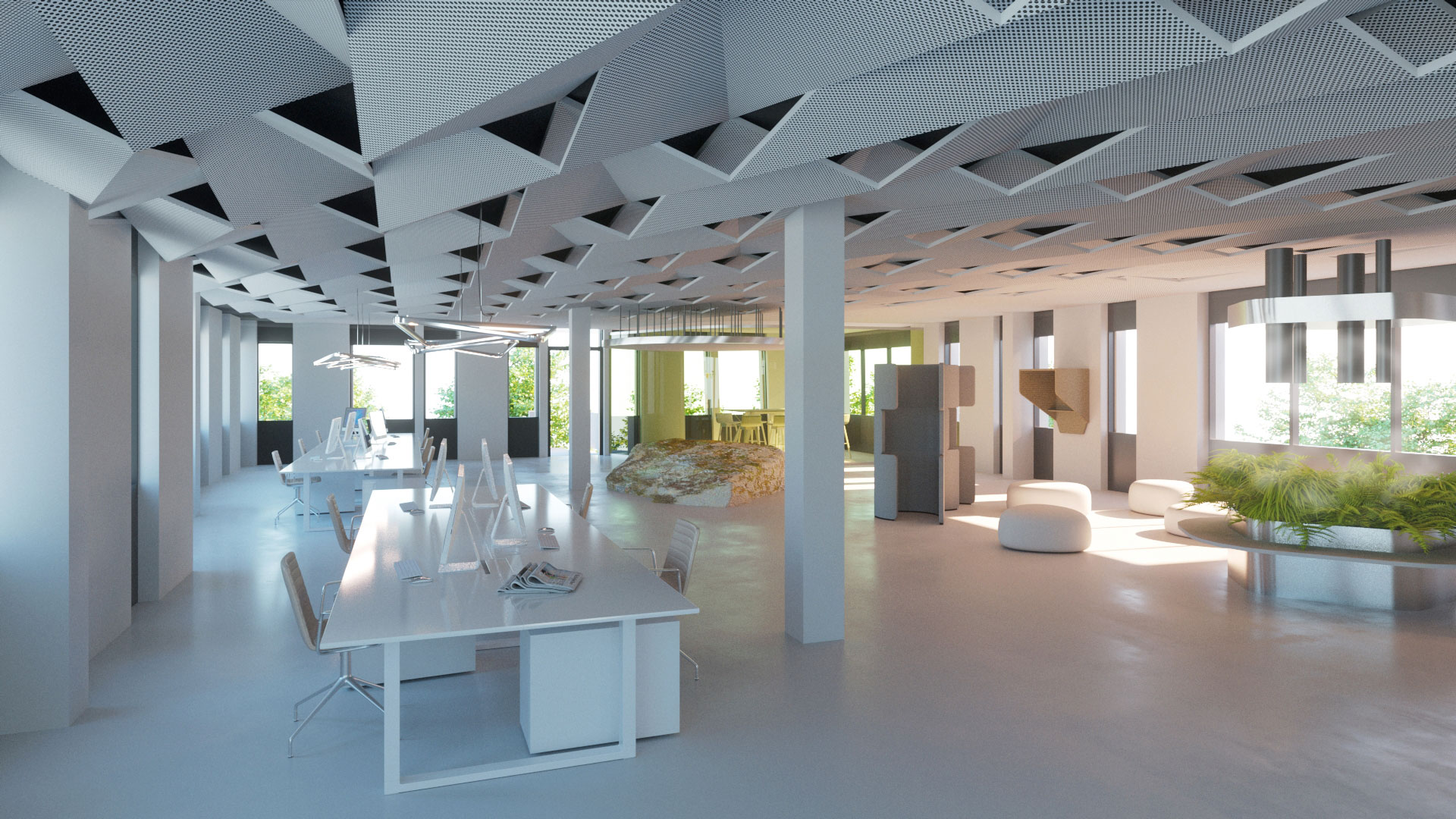 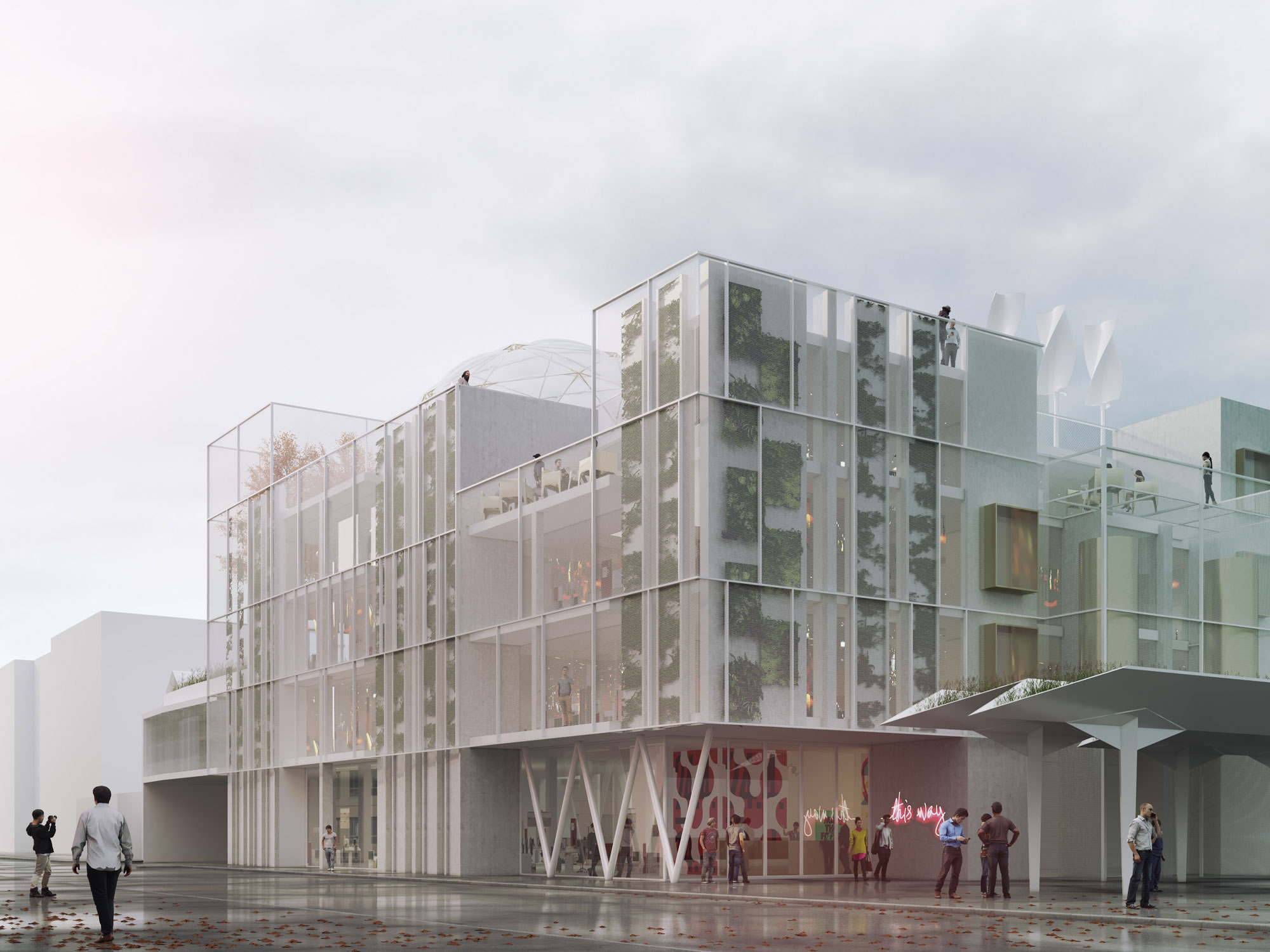 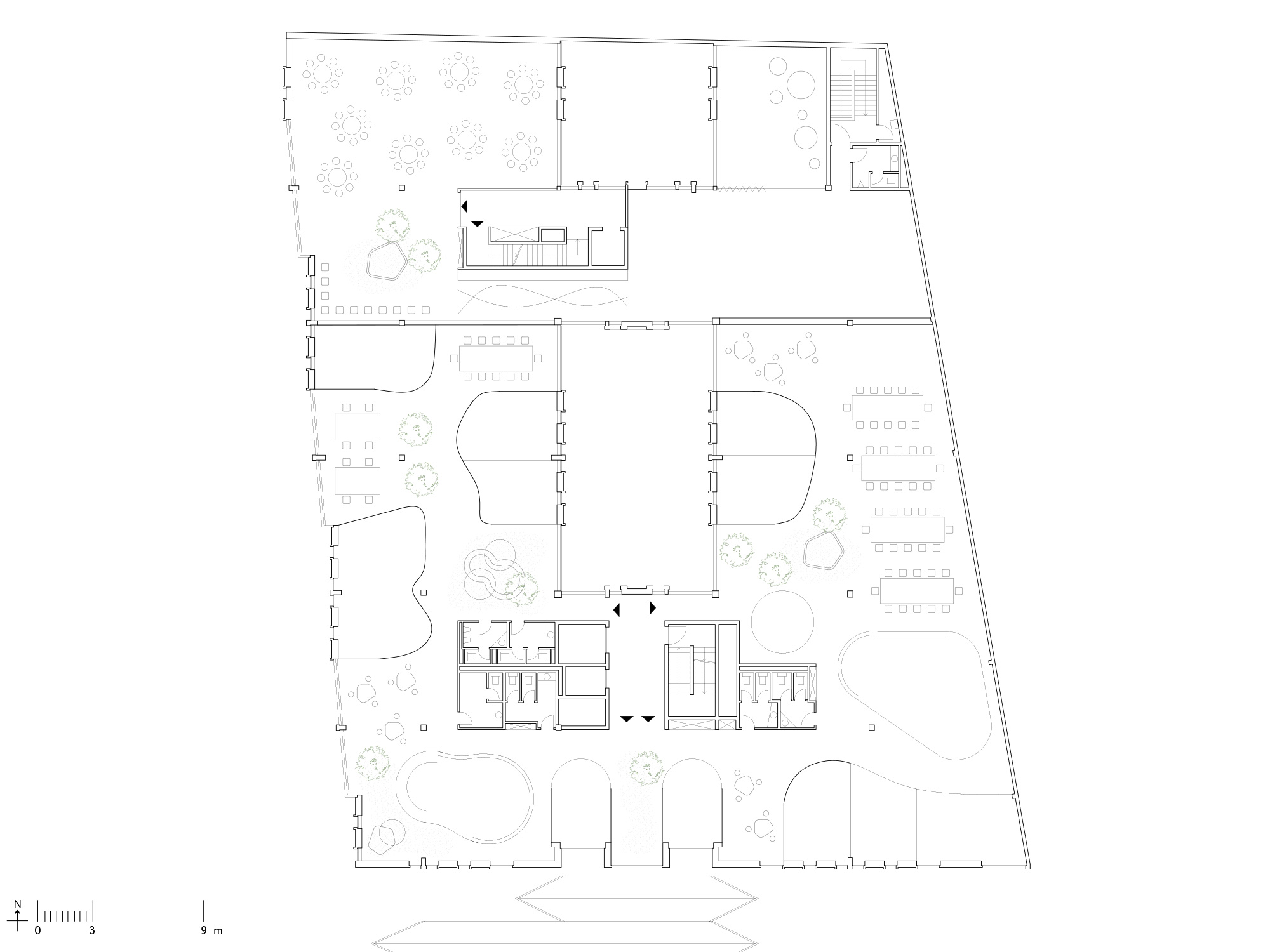 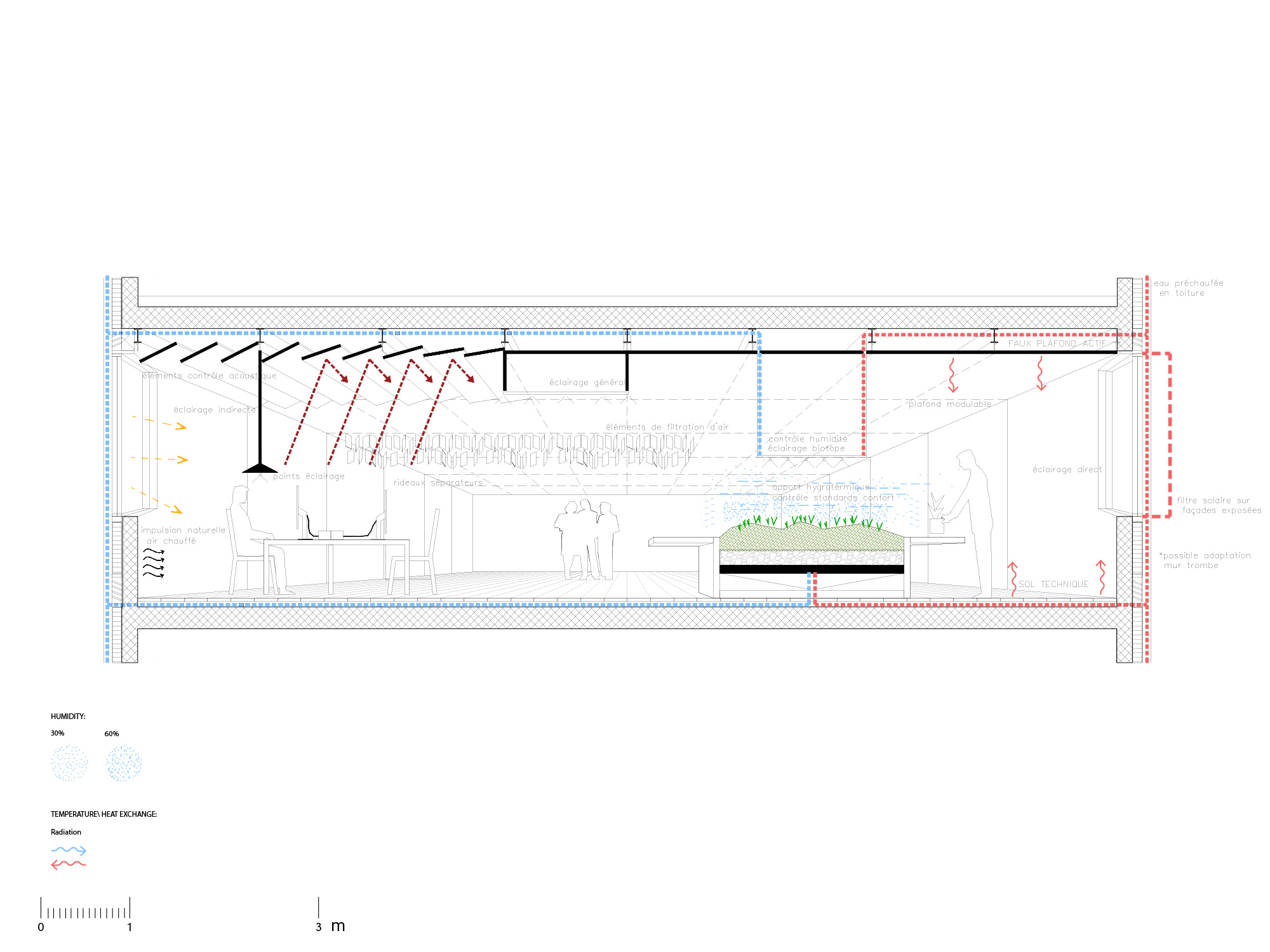 In the heart of a rapidly changing district, a group of entrepreneurs would like to renovate a building. This Industrial Coworking is a project to transform and reassign a former bank into a coworking, coffee, crèche and individual offices area. It should enable people from several different companies to connect by creating places for exchange, meeting and creativity. In this transformation, we are losing part of the image of private property and individual space. It is a coworking where SMEs share premises, promoting the exchange, meeting and well-being of employees.

The classic logic of the workspace then has no place and gives way to a new bioclimatic principle of space organization. The building is divided into activities, independent of the tenant. These activities can be quiet, in the sun, in the breeze or in the eyes of everyone. They are also characterised by the necessary degree of privacy. Is it a public activity, a semi-private activity or a totally private one? Here, there are only a certain number of tasks that must be able to be performed in high-privacy locations.

Inside, we “hack” the building to allow a new use on an old structure. The spaces are programmed according to environmental parameters such as natural light or acoustics, which characterize the intensities of each space. The activity zones vary continuously and fluidly, in the form of gradients. Like a geography, this building, energized by this transformation, is lived according to the seasons and meteorology.

The project radically transforms the building by also turning its spaces outwards and creating views and porosities towards the public space. The building’s external skin also frees itself from its role as a representative façade and becomes an object that reacts to its context. It is by its effect that it produces that it stands out and not by its design. The facade becomes a great object of mediation between humans and their environment, a great object responsive to climate and meteorology while allowing them to create their own energy.