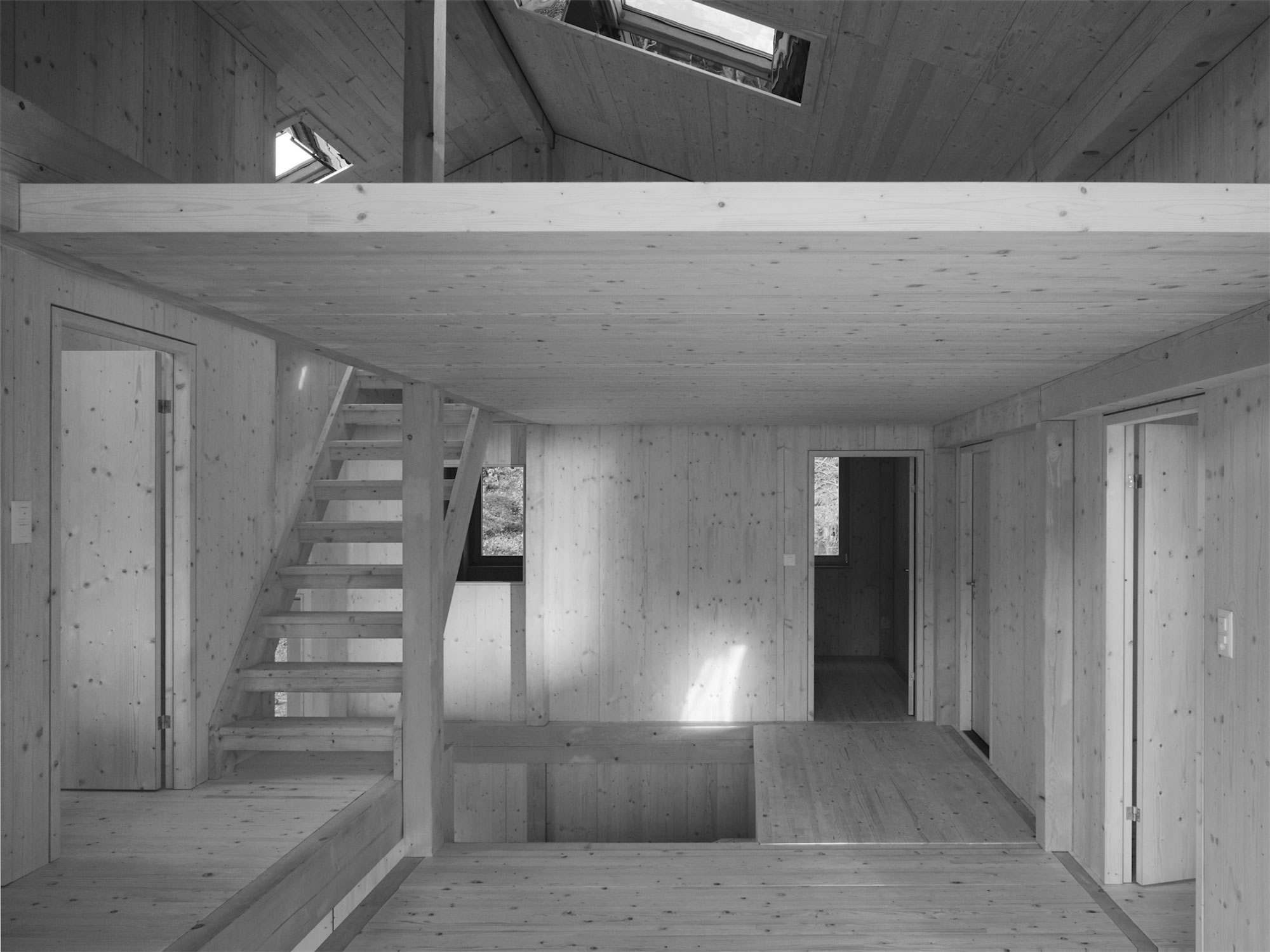 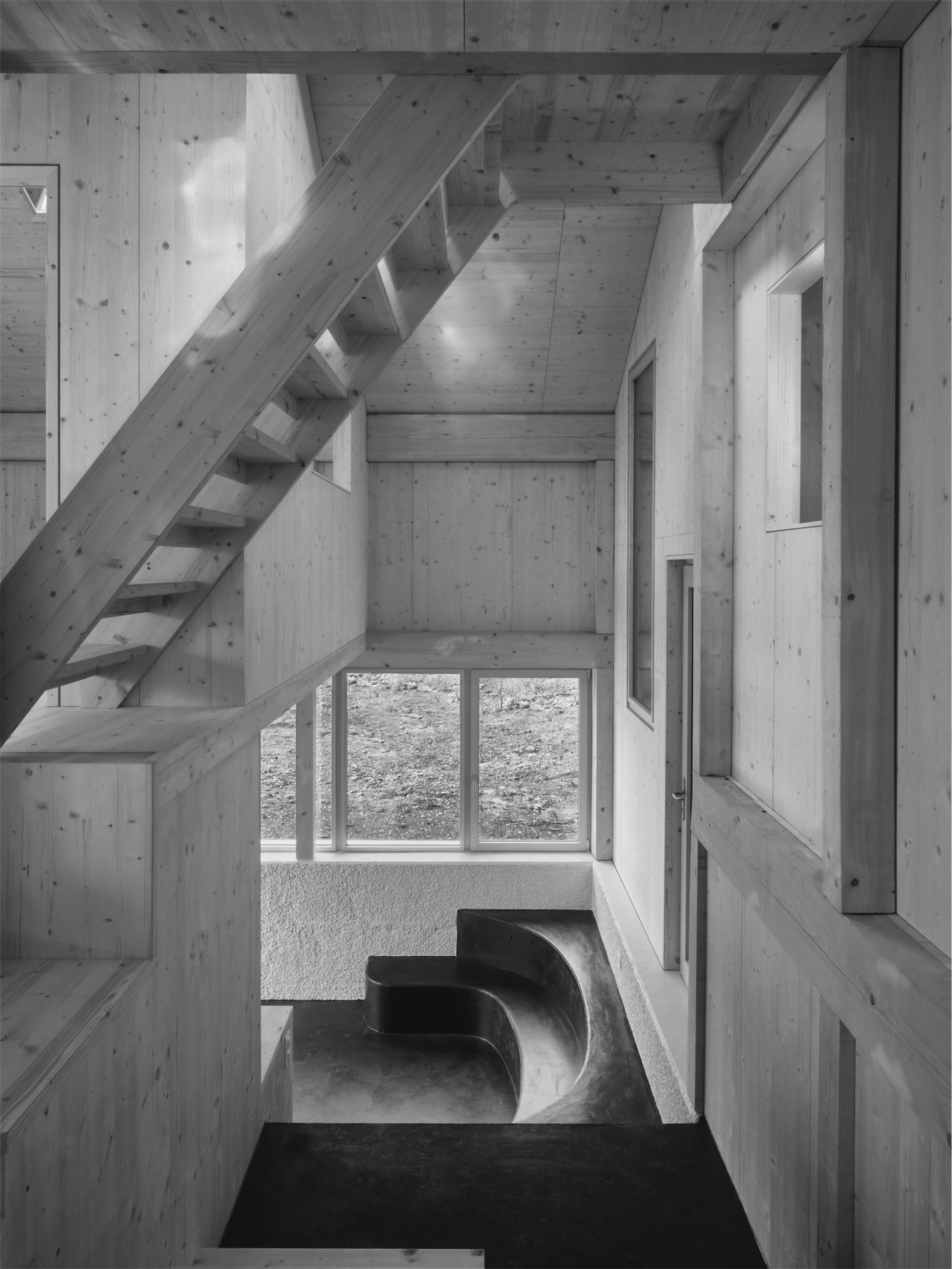 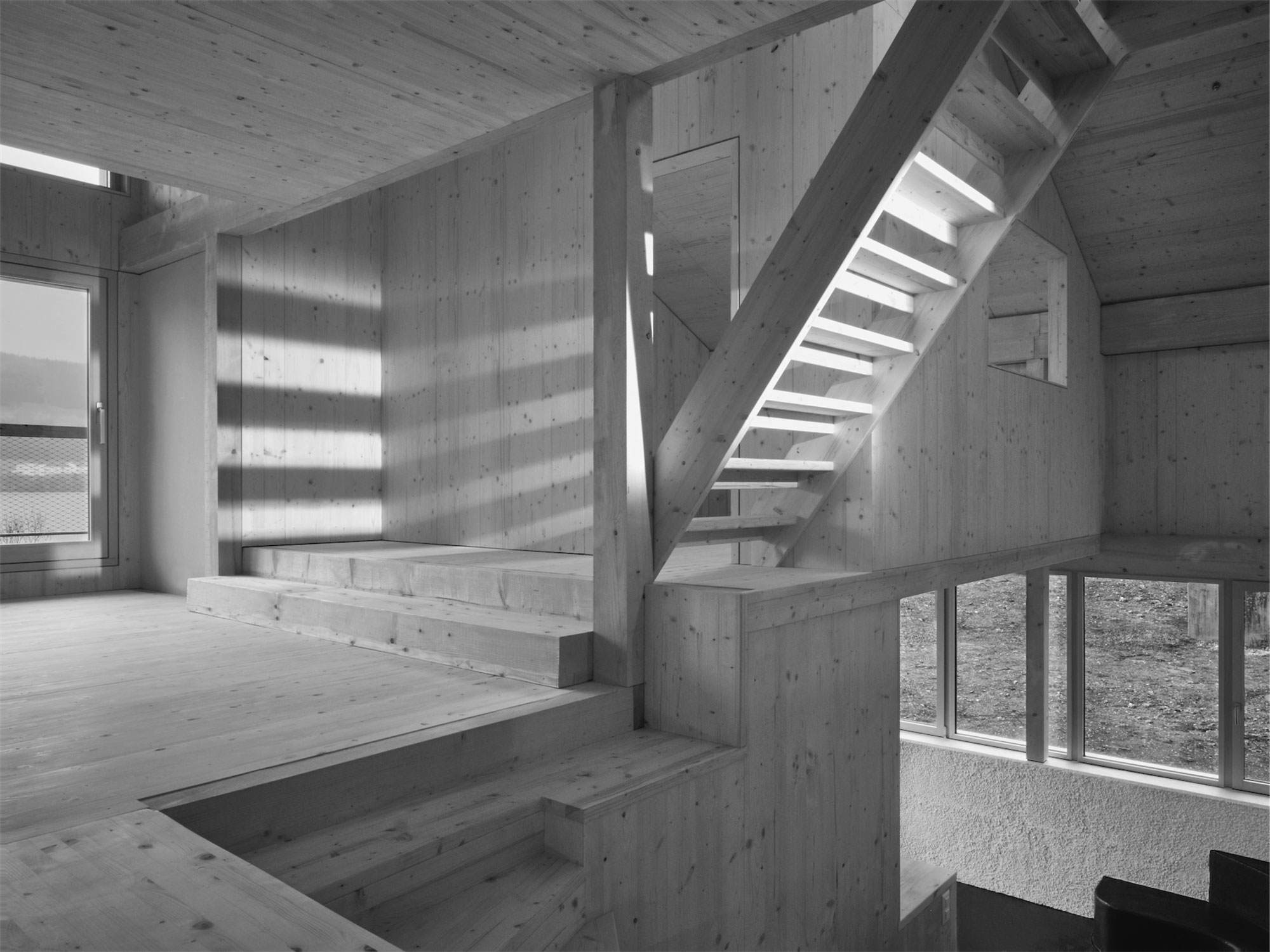 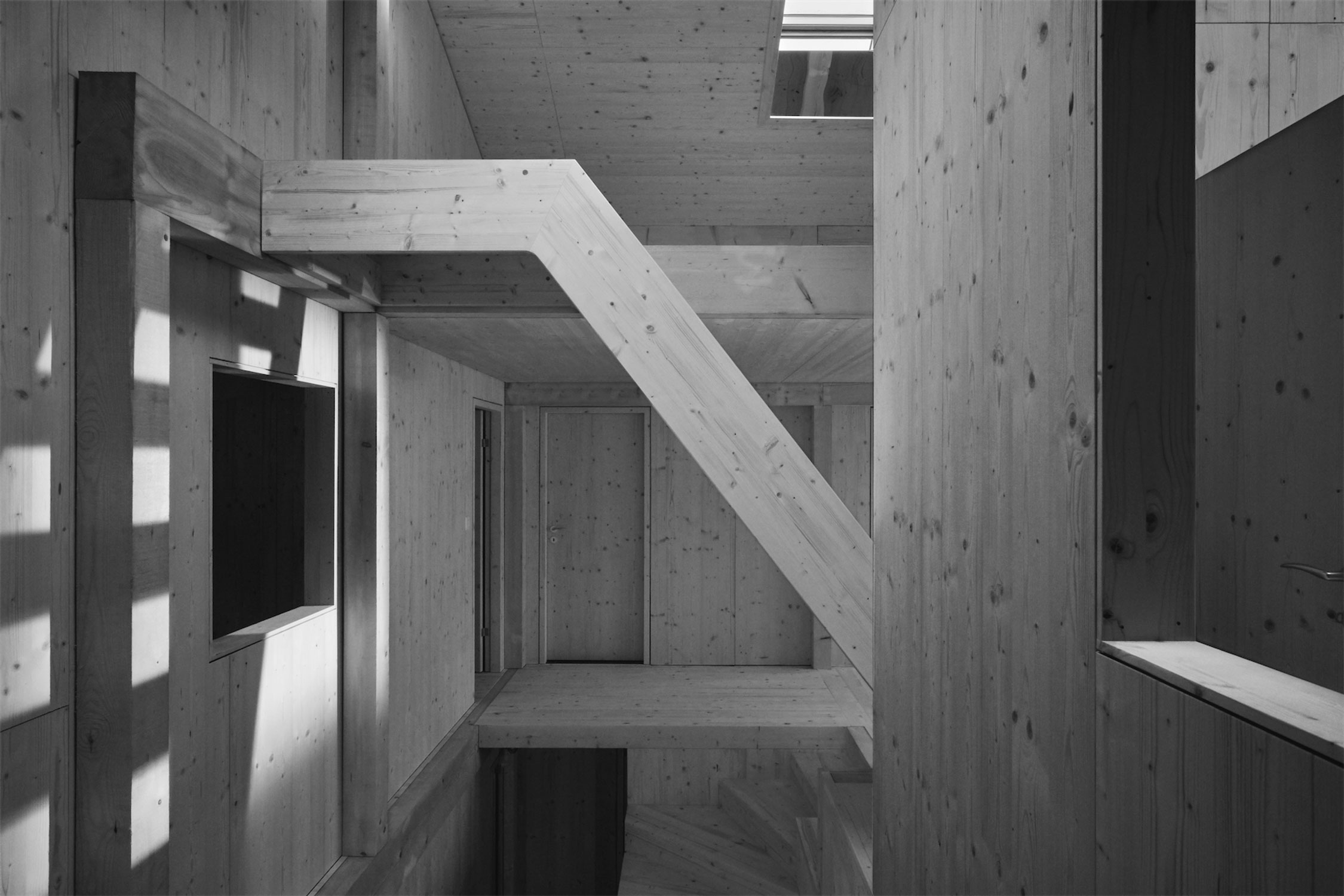 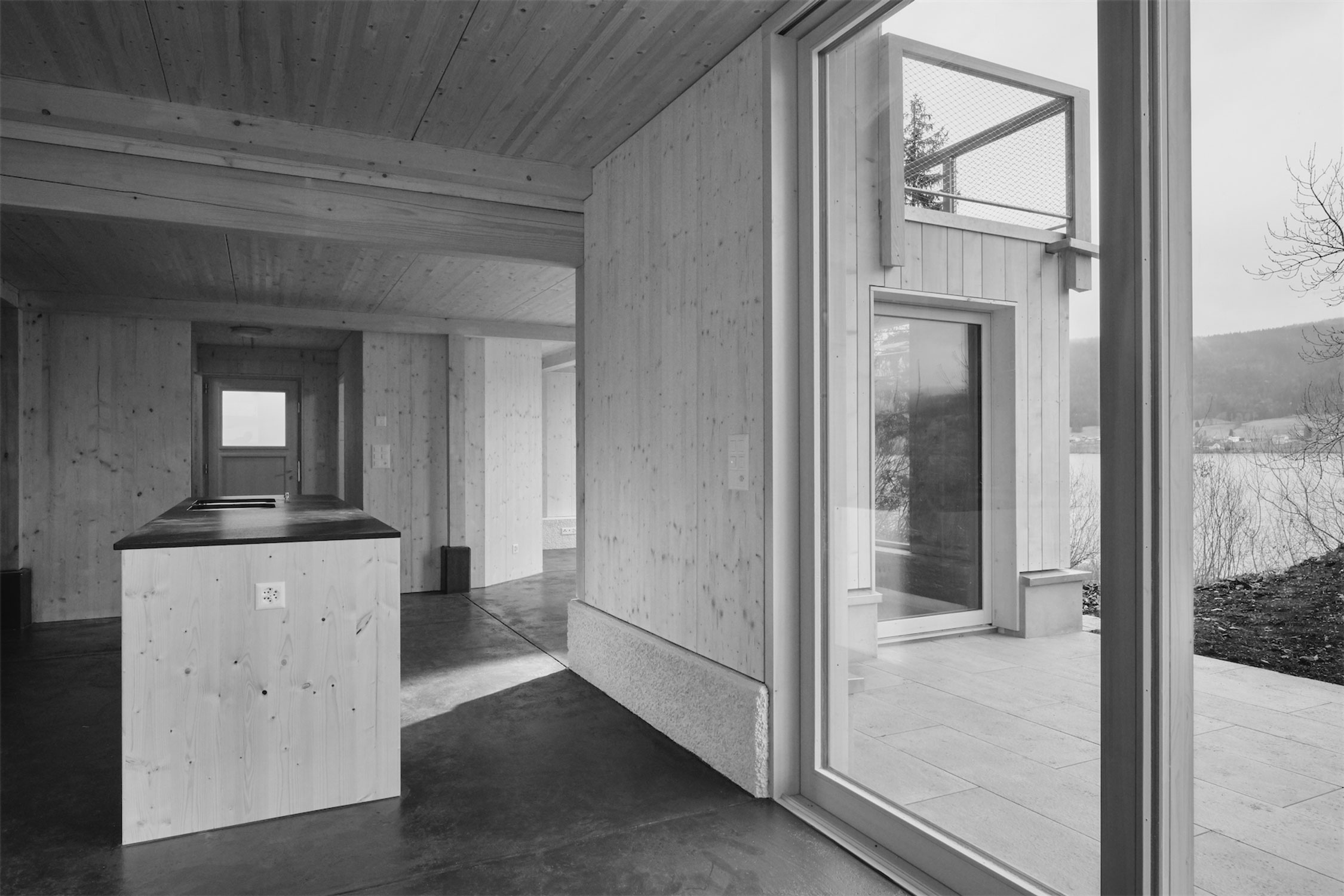 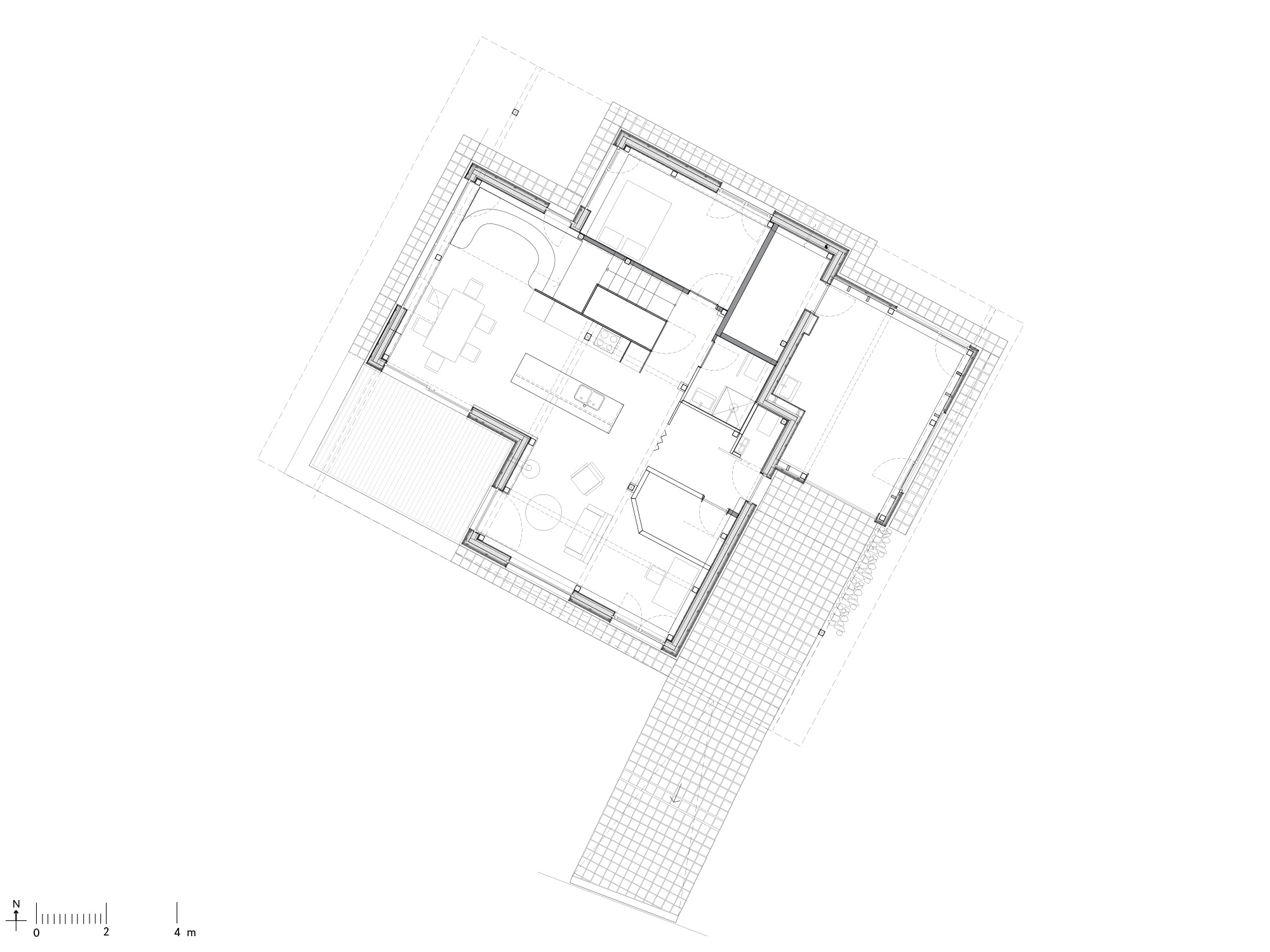 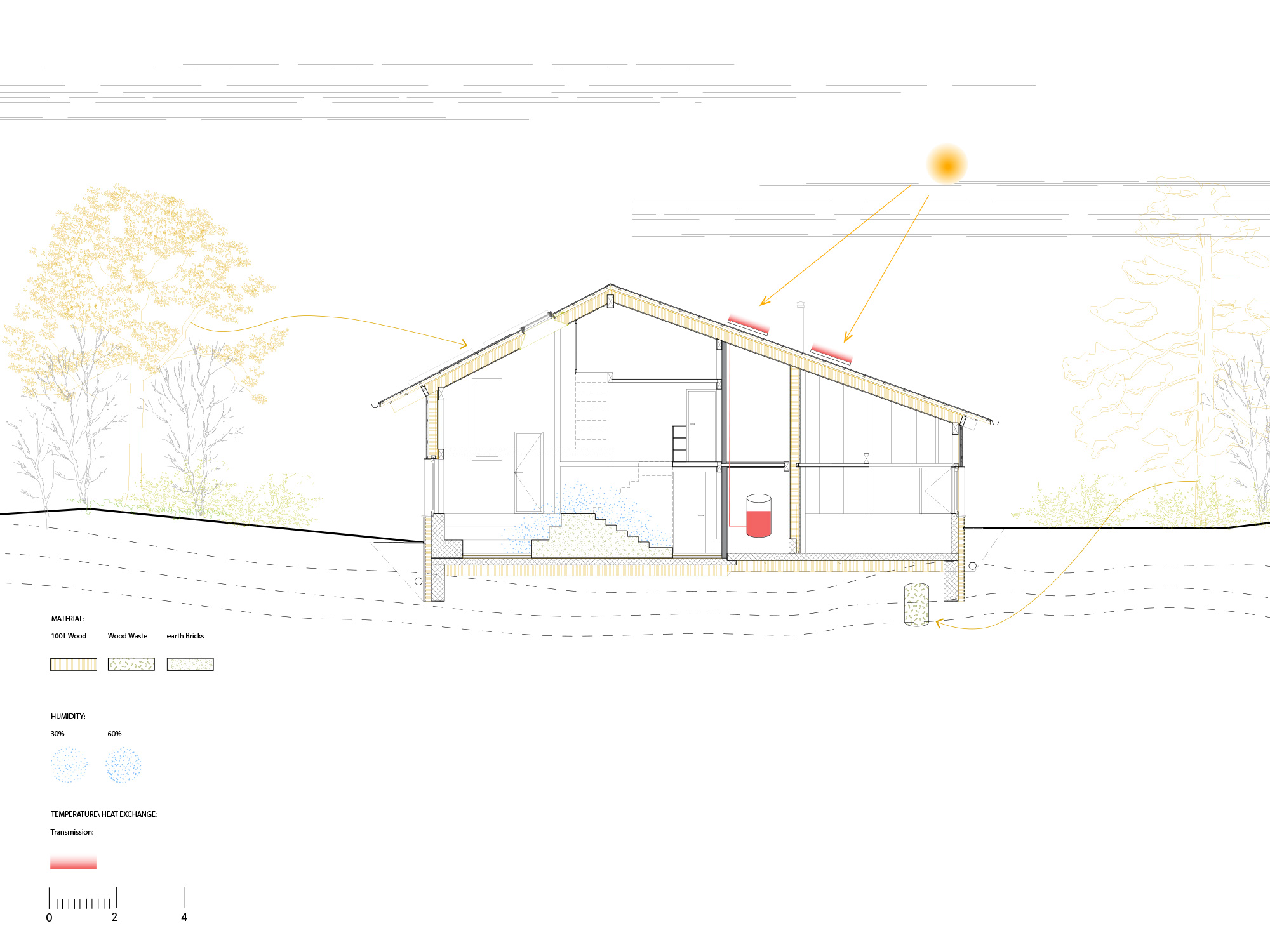 Located in the Joux Valley, between the lake and the forest, this wooden construction placed on a mineral base promotes new relationships between the inhabitant and the wild.

A large roof and a developed facade multiply the relations with the outside and transform the facade, usually considered as a limit, into a space as such, connecting the inside to the outside, and can be inhabited.

The mineral soil, continuous, spreads out in levels on the sloping ground and receives a series of low walls that support the wooden structure.

The interior is not designed as a ground floor and a first floor, but rather as a succession of spaces located at different heights and accessible by a series of steps, stairs and ladders and nets that are traversed in the manner of a drawing by Maurits Escher. Each space is unique, both in its topology (its relative position to others) and in its relationship to geography.

Reflective surfaces in window openings increase light play and reflection and echo reflections on the lake surface. The points of view are thus multiplied, and in good weather, the spaces are animated by a complex solar kinematics.