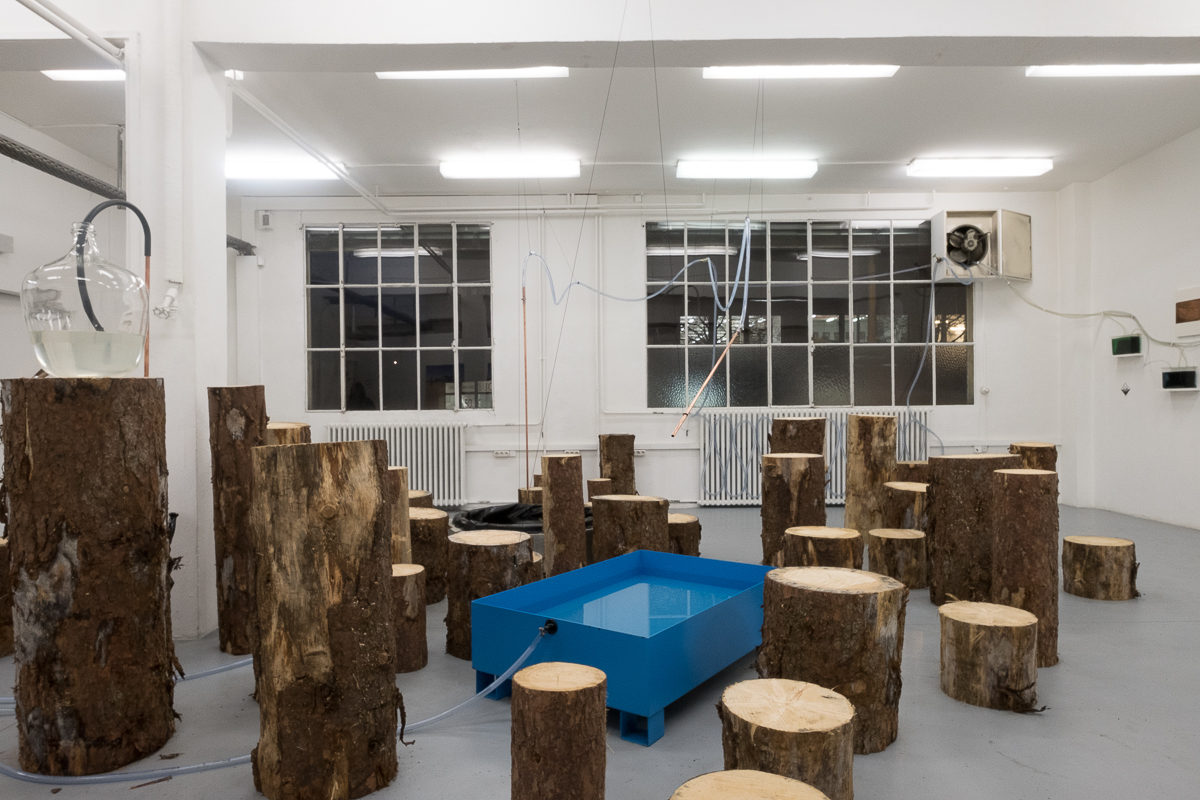 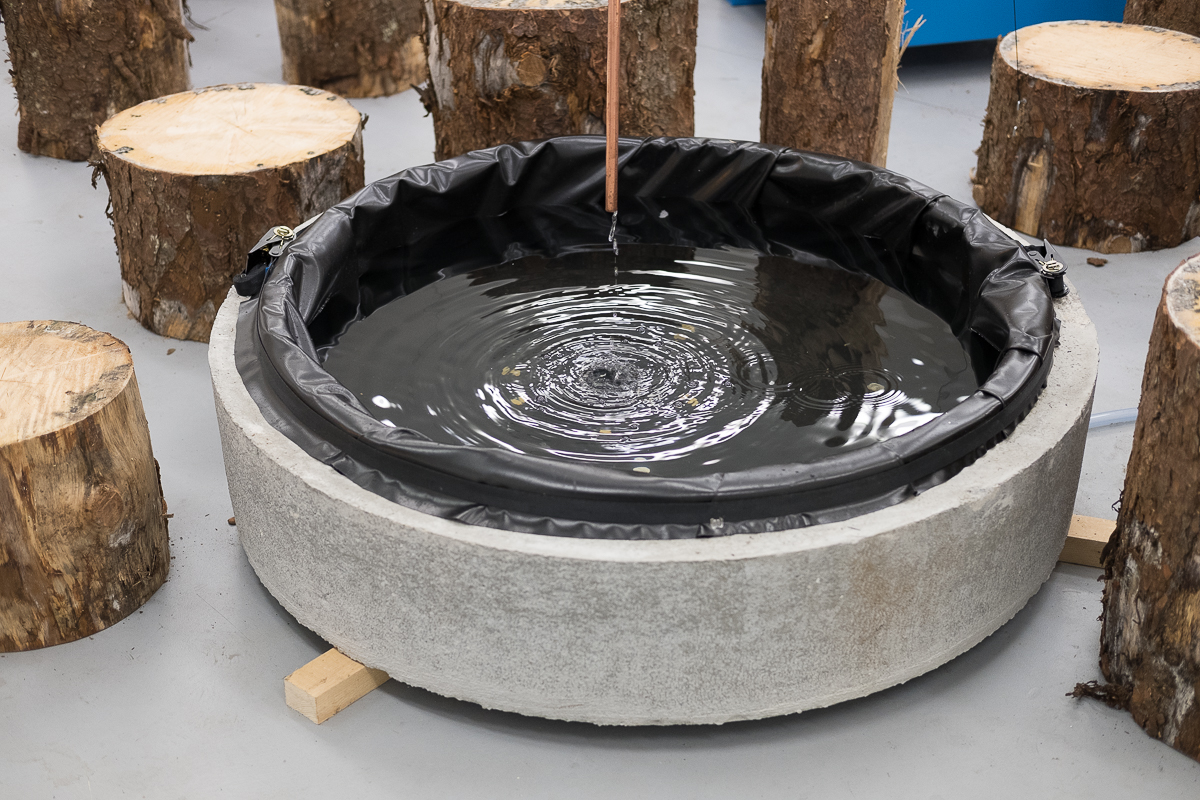 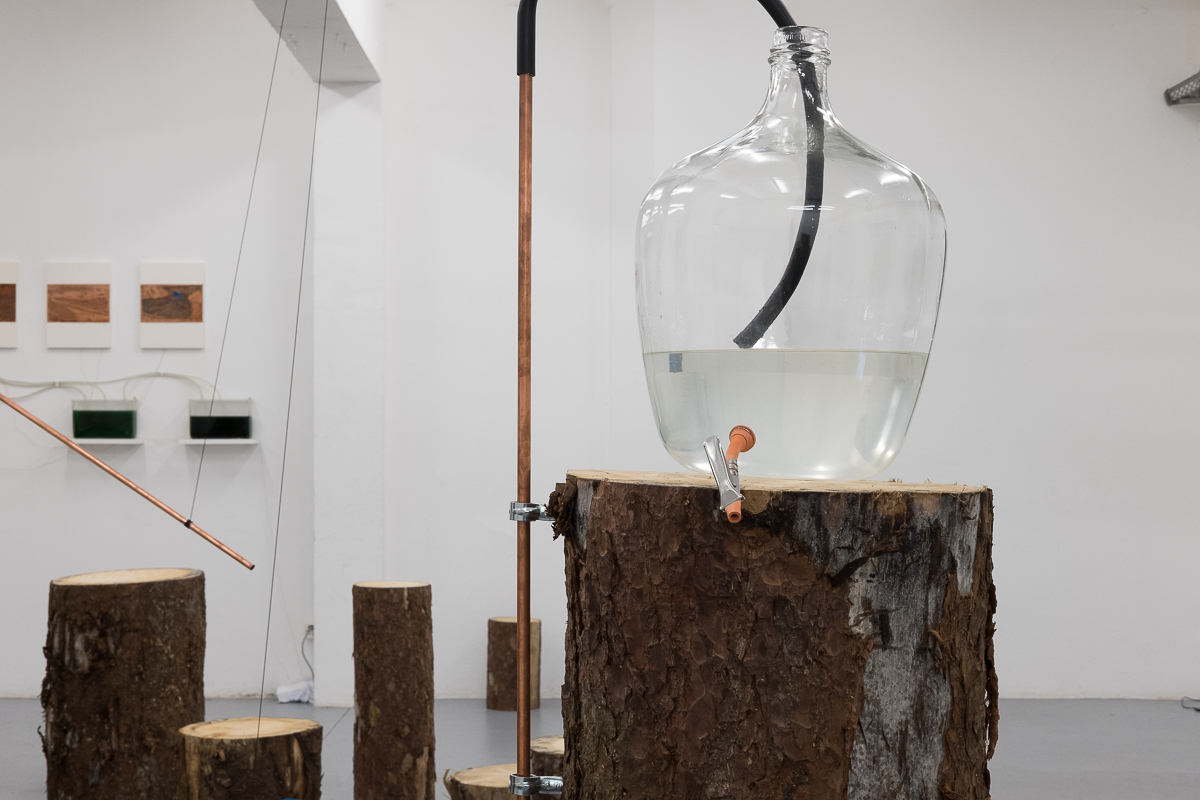 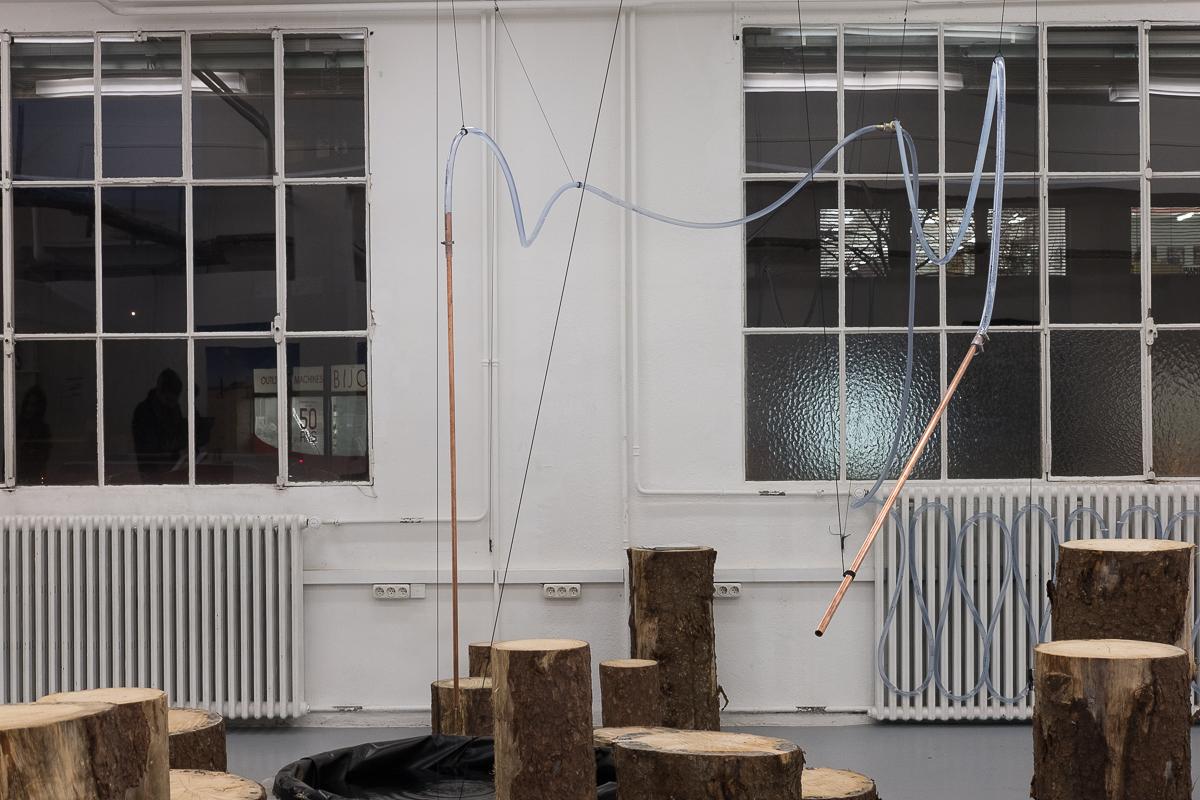 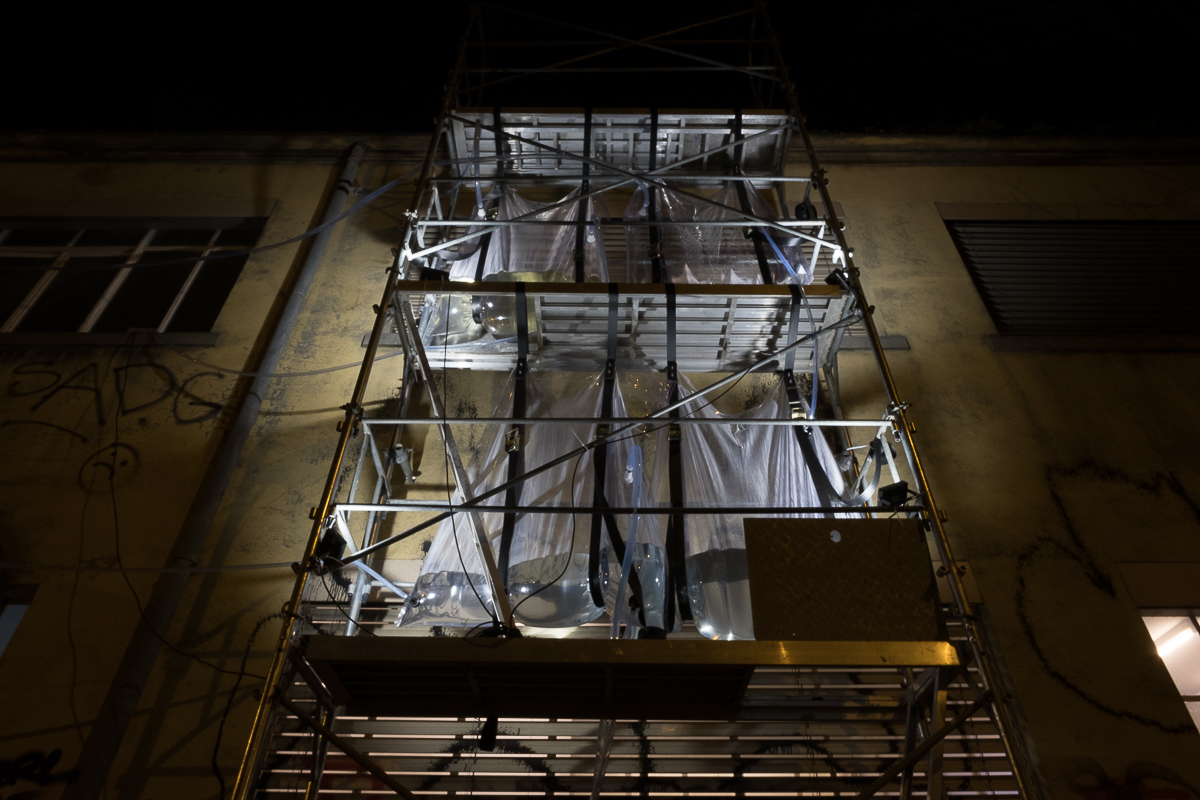 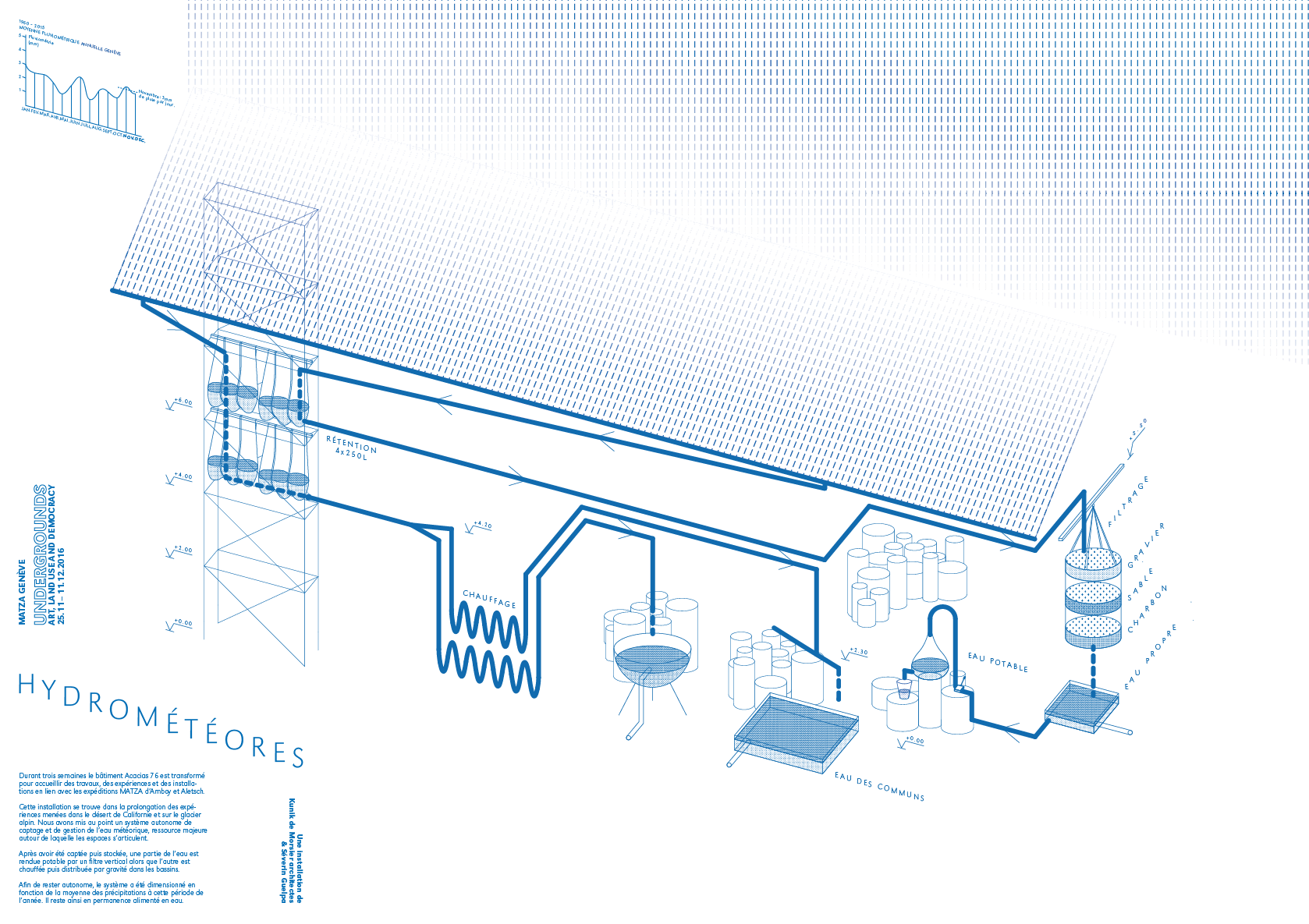 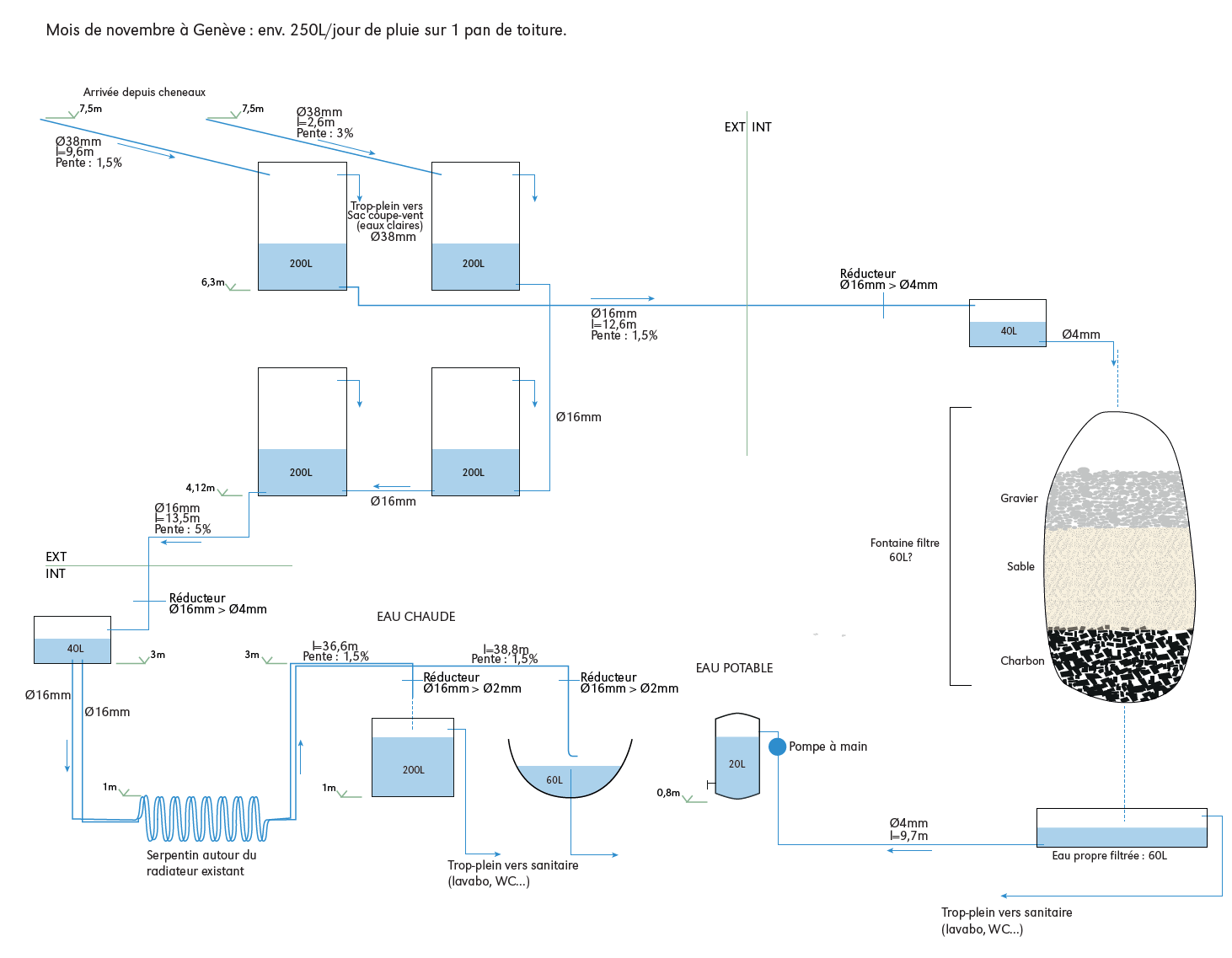 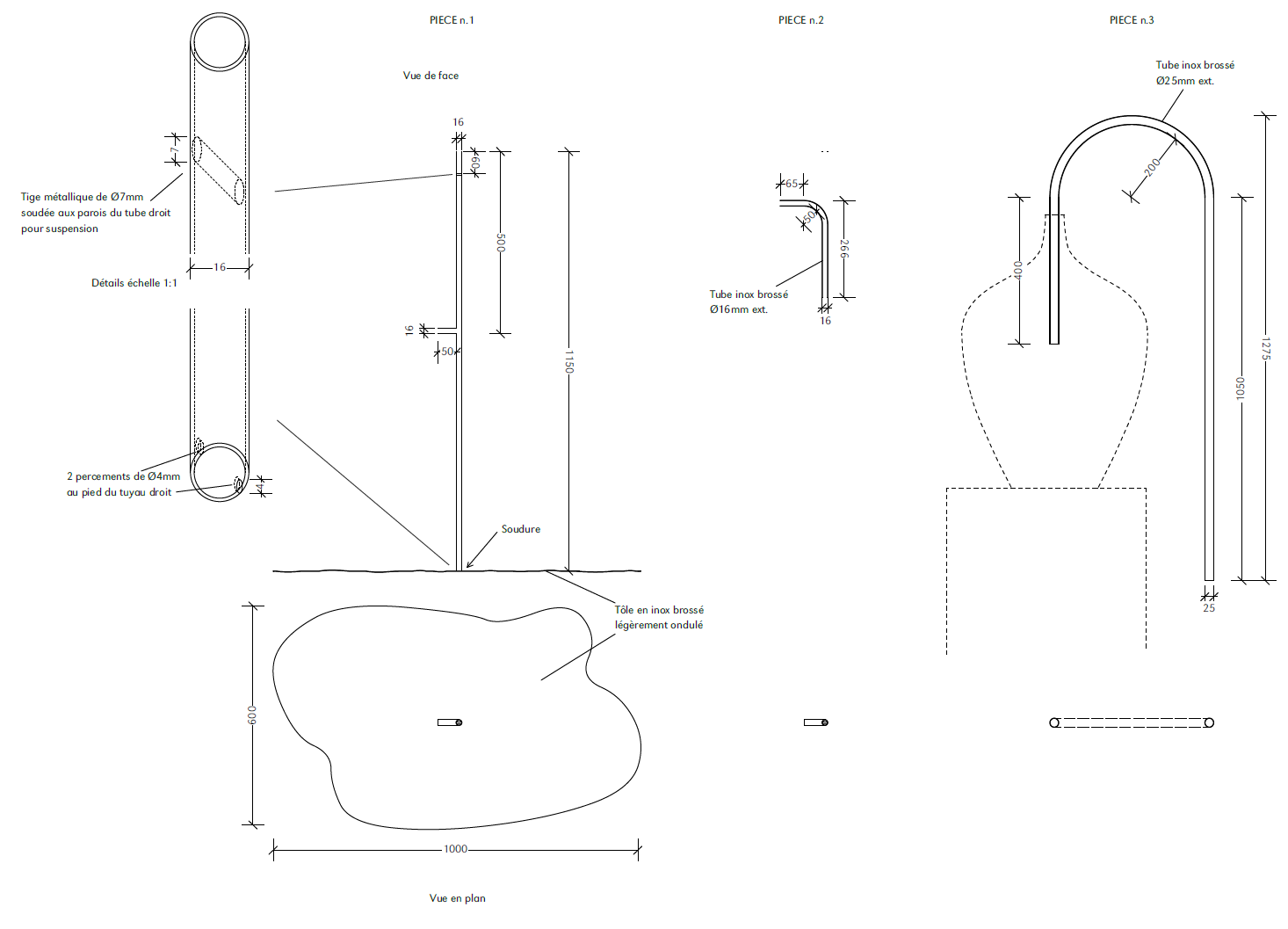 This temporary hacking of a former industrial building proposes to articulate a series of exhibition and meeting spaces around water. This resource is captured, stored, distributed and becomes here an architectural element that replaces the wall or the column.

This installation is an extension of the MATZA experiments carried out in the California desert and on the Alpine glacier. At Acacias 76, we have developed an autonomous system for the collection and management of meteoric water, a major resource around which the spaces are articulated.

After being captured and stored, part of the water is made potable by a vertical filter, while the other part is heated and distributed by gravity to the basins.

In order to remain autonomous, the system was dimensioned according to the average rainfall at this time of the year. It thus remains permanently supplied with water.